Enough of Hygge - 4 - Vesterbro and Frederiksberg 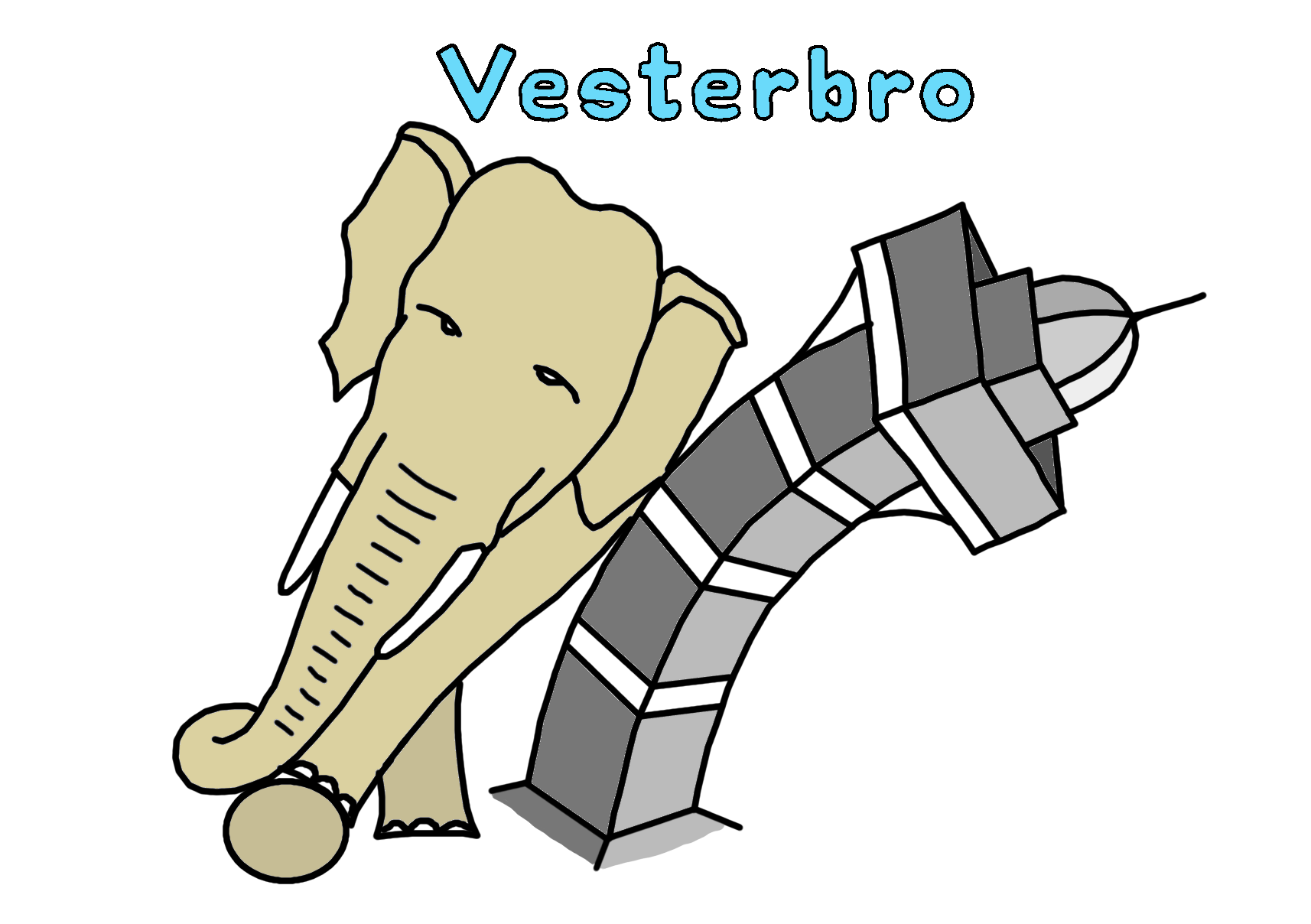 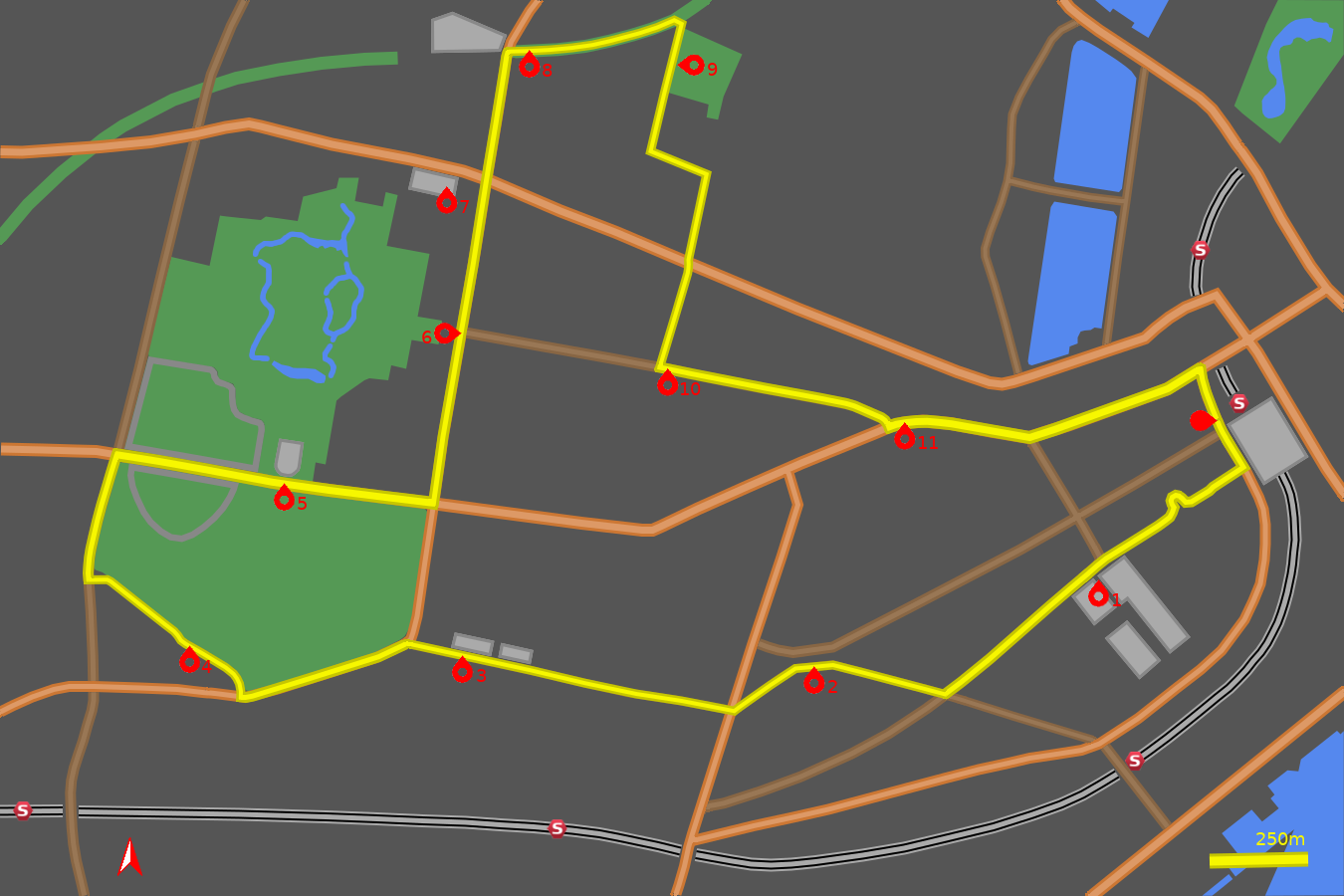 In the mid 19th Century the City walls came tumbling down and people burst from its crowded innards to set up home in the suburbs, with Vesterbro and Frederiksberg leading the charge. Prior to this only the Palace of Frederiksberg made any significant dent on the surrounding countryside. The two districts have very different atmospheres - Vesterbro feels busy and vibrant while Frederiksberg feels affluent and laid back. Vesterbro has undergone a marked hipsterification and is a great place to eat, drink or shop. Fashionable Frederiskberg has a high proportion of detached properties with gardens, as can be seen from aerial images.

The following tour takes it all in, including a hill climb up to the highest point in the City (31m above sea level), elephants frozen in stone and elephants wandering the zoo.

Note: The map (above) and photographs can be enlarged by clicking on them (opens in a new browser tab). On the map north is up, i.e. at 00:00 on an old school analogue clock.

Head south on Reventlowsgade past the impressive western facade of the Central Station. Continue past the entrance to the Metro and turn right along the cycle track on Stamepesgade.

Shortly you come upon a roundabout, remember to turn right onto it. (GPS 55.67082 12.56166). Take the fifth exit (signposted Øksnehallen) to continue on the otherside of the roundabout on the left side of the large open space This is the old Haymarket (Halmtorvet). Before its gentrification in the late 20th Century the area was less salubrious. A cobbled section leads past brick buildings of the original Brown Meat Packing District (Kødbyen) from 1874.

1 After 200m of cobbles a road is met (Gasværksvej). (GPS 55.66941 12.55871). Cross the road to continue on the cycle lane heading in the same south-easterly direction, with the pedestrianised central island on your right. To the left are the main entrances into the White Meat Packing District. Once full of butchers and slaughter houses it is now one of the most popular drinking and eating districts in Copenhagen.

At the traffic lights zig-zag right to pick up the cycle lane on the right side of the boulevard. The street now becomes Sønder Boulevard. As recently as 1850 this marked the line of the coast. Some polychromatic (yellow, red, grey) buildings on the right frame the entrance to Skydebanegade which was an ambitous housing scheme completed in 1893.

Stay on the left side of the square and trend left keeping the tree-lined park on your right, until you come to the 5-way junction with Enghavevey and Ny Carlsberg Vej (GPS 55.66600 12.54341).

3 Cross the junction and head up Ny Carlsberg Vej with the open space of Enghave Park on your right. Continue across the next set of traffic lights. A little further on a street of attractive terraced houses (Jerichausgade) appears on the right. This leads into the Humleby (Hops Town) estate built between 1885 and 1891, to provide healthy homes, not for the workers of the brewery, but for workers at the Burmeister & Wain engineering company. The quality of the facades and the brickwork show that these were aspirational dwellings.

Further up Ny Carlsberg Vej you come to the "double gate" or Dipylon, which served as the eastern entrance to the New Carlsberg Brewery site. Go through the Dipylon and onto the Elephant Gate, completed in 1901. The elephants are happily kicking balls around, unfortunately they are adorned with symbols that since ancient times had been associated with good fortune, but since the 1930's have been forever tainted.

Much of the Carlsberg site is being redeveloped wth modern residential blocks, but look up at the old buildings as they are richly decorated. Continue up the hill to the junction with Valby Langgade (GPS 55.66770 12.53005). Cross the road and turn left up a slight rise, keeping the park of Søndermarken on your right.

4 Søndermarken, or "The Southern Field" was laid out as part of the estate of Frederiksberg Slot (Palace) in the early 18th Century. Nowadays it has a less formal air than the Frederiksberg Gardens to the north, and is an attractive and popular public space. Drinking water reservoirs, to serve Copenhagen, were built at the highest point in the 1850's, which were later covered over. These cisterns, now emptied, are used for art exhibitions and events.

Where the park ends on the right take the right turn onto Bag Søndermarken (GPS 55.66644 12.52330). Keep close to the park on the right, passing an entrance into the park and make a zig-zag to the right after some buildings. This quiet back street terminates at the junction with Søndre Fasanvej (GPS 55.66911 12.51715). Turn right and head uphill to the major junction with Roskildevej. (GPS 55.67199 12.51821). Turn right again and appreciate the last of the uphill sections.

5 Roskildevej bisects the two wings of the zoo with the observation tower dominating the northern aspect. At the top of the rise a tree-lined avenue into Søndermarken appears on the right with Frederiksberg Palace (Slot) on the left. Take a break on the terrace to the east of the Palace as it gives a fabulous view over the City.

All that potential energy gained cycling uphill is now converted to kinetic energy with a whooshing downhill rush. At the traffic lights at the bottom of the hill turn left onto Pile Allé. (GPS 55.67086 12.53114).

6 After 400m along Pile Allé a square opens up on the left. This is Frederiksberg Runddel with the entrance to Frederiksberg Gardens to the rear. Frederiksberg Gardens are worth visiting (no cycling in the grounds), they are elegant but very popular. There is a view point into the zoo, on the western side of the park, where the elephant enclosure and the modern elephant house can be seen.

To the east of the Runddel the octagonal Frederiksberg Church stands out and next to it the inviting prospect down Frederiksberg Allé demands our attention. Don't worry we will return to it later, but for now continue north on what has become Allegade.

7 Allegade is attractively green until a dramatic change of character with the appearance of Frederiksberg Town Hall. Frederiksberg has its own Municipality enclosed within the greater Copenhagen Municipality, run from this Town Hall. The Town Hall Tower rises 60m above the street and can be visited as part of a tour. At the major junction with Gammel Kongevej continue straight across. (GPS 55.67834 12.53330).

8 In a further 300m, the bulk of Frederiskberg Shopping Centre dominates on the left. At the junction opposite the corner of the Shopping Centre turn sharply onto The Green Way (Den Grønne Sti) (GPS 55.68121 12.53417). The Green Way is a dedicated cycle track along the line of an old goods railway. In a later chapter we will go the whole way but for now we will sample but a soupcon.

9 Continue along The Green Way until you meet the first road crossing on Thorvaldsensvej (GPS 55.68204 12.54100). Turn right and then immediately right again, through an entrance onto Grønnegårdsvej. The gardens to the right and the left serve as study gardens of Copenhagen University (not to be confused with the University Botanical Gardens opposite Rosenborg Castle).

Continue along Grønnegårdsvej to the T-junction with Dyrlægevej, named after the nearby Vetinary Hospital. Turn left and at the next crossroads turn right onto Bülowsvej (GPS 55.67845 12.54239). Shortly we meet Gammel Kongevej again. It is always worth looking above street level at the decorations incorporated into the facades of the buildings. Cross Gammel Kongevej at the staggered junction to continue down Madvigs Allé.

10 Madvigs Allé meets Frederiksberg Allé opposite the Metro Station (GPS 55.67396 12.54039). Turn left onto Frederiksberg Allé and enjoy the Parisian ambience, but note there is no dedicated cycle path along on this stretch. Continue over the cobbles of the attractive St. Thomas Place, until Frederiksberg Allé curves round to meet Vesterbrogade. (GPS 55.67262 12.54987). Just before the junction on the left Værnedamsvej is a very trendy foody street.

11 Turn left onto Vesterbrogade. This busy street is the historic western route joining Copenhagen with the ancient capital of Roskilde. Continue along Vesterbrogade noting the variety of shops and buildings. Vesterbro Torv (Square) is the open space on the right just before a slight left bend. Shortly after on the left is the Savoy Hotel, designed by Anton Rosen who was also responsible for the Palace Hotel in Rådhuspladsen. The facade of the Savoy Hotel is particularly noteworthy, and was the first example of the Art Nouveau style in Denmark.

Another 400m brings you to the turn right onto Reventlowsgade just before the Central Station. (GPS 55.67384 12.56260). Take note of another historic hotel, the hammered concrete Hotel Astoria is a fine example of Functionalist architecture. A few turns down Reventlowsgade briskly returns you to the starting point. A delightful tour.

Carlsberg was founded by J. C. Jacobsen (1811-1887) who was a philanthropist and brewer. Carl was his son. Carl Jacobsen (1842-1914) was a patron of art and founded the Ny Carlsberg Glyptotek in Copenhagen to house his collection. It includes a fine selection of French Impressionist art.